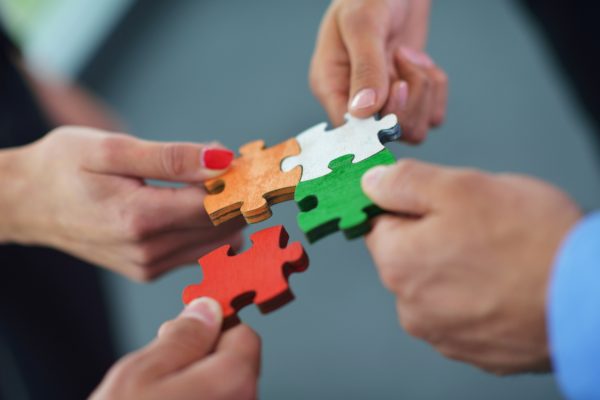 Plato told us the key to building successful teams.

How do we build a team that works and performs to its potential?  Plato gave us the key to building successful teams some 2,300 years ago:  Have each person work, exercising their native inner strengths (the core urges that shape their preferences and give them a sense of satisfaction and fulfillment).  That’s it in a nutshell, he told us.  And he was so right.

Achieve the building of successful teams by using the individuals’ native strengths.

I know it’s a subjective thing, this sense of fulfillment, but it is not unrelated to hard facts.  We are designed to be who we are (a hard fact that hides on the inside).  When we use our native inner strengths, we feel the satisfaction they bring.  When we learn skills that are not native to our strengths, we can still perform well (perhaps as good as others), but without the same sense of satisfaction that our native strengths would have given us.  That is a pathway many people have tried in life, but it leads to feelings of dissatisfaction, want, emptiness.  The result  is often that they are likely to look for another job or just settle for an unfulfilling career, never finding the motivation to give their best.

Still feel this is too much “soft science?”  That’s because it’s subjective, and we have to rely on what others verify as their core strengths.  We often don’t want to do that because we falsely think we know better what it is that beats the drum inside of them.  But the hard facts won’t go away.  When we lead so as not to pay attention to how a person is designed and what gives them that sense of fulfillment, they know it, even if we don’t.  We are then the blind leading the not so blind.  They can’t (and shouldn’t) change who they are if they want to be all that they can be.

Building successful teams requires more than “doing your job” or “following the rules.”

I know so many leaders who just feel they get the best out of people when they command them and demand they do what they are told to do.  “It’s all about just doing your job and following the rules,” they say.  How shortsighted that is in the light of the hard facts of how people function — facts which, like it or not, won’t go away just because we ignore them.  A life that feels fulfilled is what they crave. And that is accomplished by the use of the strengths that form their temperament.

So, what do we do to lead with greater success?

Take the hard, native facts of who each person is and work with those facts as our guide.  Understand their uniqueness and never gloss over the differences between them and us.  Build not only a business, but a team who bring their differences to the table where they are recognized and appreciated.  Then the properly combined strengths of the whole team will propel your business to its goals and beyond.