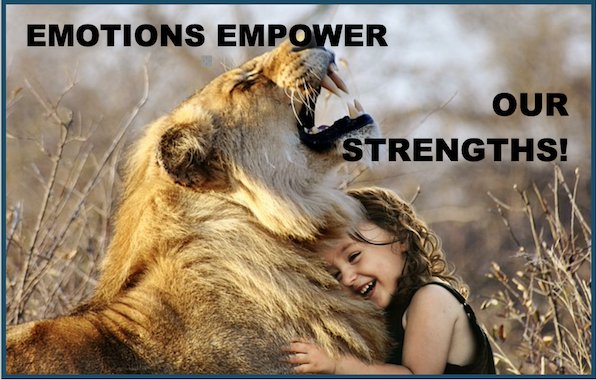 Travel with me through the intriguing land of our emotions to become familiar with its landscape.  Intelligent emotions are no more and no less than living in the strengths we are given, while expressing care and consideration for others by our intelligent emotional choices. Emotions empower our strengths.  Therefore, we function at our best when we understand ourselves and are aware of how our emotions function.

The Mystery of Emotions

Our limbic system reveals an amazing complexity in the processing of our emotions. Emotions can be convulsive, expressing a volatility that can scare us. We also know our emotions operate mysteriously — without warning at times. They seem to have a will of their own. We live with them and wrestle with them every day, but we don’t really know them. The detailed (though limited) understanding that scientific studies have given us of our emotions is, however, another shot across the bow to remind us of the ability of our emotions to control us. It also reminds us of how we must use them with care and wisely manage their contribution to our lives.

I will use the word “wise” and its derivatives frequently, even though it is not in vogue today. The current street philosophy is “Do your own thing” rather than “Seek wisdom.” The Greeks sought wisdom.  The Chinese (think of Confucius) thought wisdom governed life.  The Hebrew wisdom literature contains some of the greatest philosophical literature of all time.  And Solomon is still the recognized proverbial King of Wisdom.

Wisdom comes from the Greek word sophia. Read this reminder and see if you don’t agree with me that it is still a much needed concept today. It is the opposite of foolish, stupid, and all inappropriate and damaging behavior. Foolish behavior has never benefited our race or advanced such things as science. Therefore, I will define intelligent emotions, in part, as “wise” emotions. Wisdom and emotions are both in the business of making judgments.  And the quality of their judgments surely concern those who seek the best in life.  That is because wise emotions empower our strengths.

Sitting in front of us, as though only his body was present, sat a male in his late teens.  Personifying the “cool” advocate of opposition to all those who were, in his mind, stupid enough to work hard.  He called them “elite bigots of society.”  He had no bank account and choked at the thought. Favoring apathy and long days of laziness, his lifestyle promoted a life of ease for which he had to depend upon the support of others.  A “do-nothingness” and a sour dislike of success under-girded his beliefs and his habits. It was no surprise that he was about to enter a place that matched his lifestyle choice — a place of free board and lodging.

He confessed that his disappointment over the unfortunate turn of events hid a suppressed anger that he did not know how to mange, and it ate at him constantly.

Unintelligent choices followed him into incarceration, and he came out years later, still devoid of an intelligence that acted in even his own best interests. The best in life is often most clearly seen against the backdrop of such dismal and unfortunate emotional disasters.

Our fascination with emotions

Emotions have fascinated all of us. Interest in them dates back to the earliest of Greek philosophers and writers such as Homer, followed notably by Socrates, Plato, Aristotle, and the Stoics. No one has been able to write without revealing his own emotions or, for that matter, his temperament. All religions are replete with their acknowledgement and use of emotion, from the earliest Bible records about life in the Middle East to the Upanishads of Hinduism and the Analects of Confucius. Philosophers have not avoided the subject either. The interest of Robert C. Solomon (Professor of Business and Philosophy at the University of Texas) in his scholarly book, The Passions, testifies to our continued modern philosophic fascination with emotions.

Master your emotions by being informed about their powers

Perhaps, you are among those who wonder at the usefulness of emotions or struggle with their power, still trying in the twenty-first century to understand emotions and control them. Why have we not learned in so many millennia of history to master the way we function and to act as though we are informed about our emotions’ vagaries? Our children, at least, will soon convince their parents of the need to understand the basics of emotion’s mysterious powers.

Emotions are the down-to-earth “nitty gritty” of life. They devastate us when not controlled and drain our lives of meaning when not appreciated. Life without them would be unromantic to say the least. And with them… well, who knows?

As mentioned, neurology has entered the field of emotional understanding.  But its helpful contributions should be viewed with caution, not worshiped. Science is an ever-changing, ongoing field of knowledge. At the moment, no one theory dominates the understanding of emotions and no scientific data fully explains them. They still stand above explanation, controlled and channeled beneficially by wisdom (there’s that word again) alone. Approach them humbly or they will make a fool of you and advertise your immaturity.

Emotions provide a full range of feelings from pleasure to pain. They are involved in ecstasy and depression, dreams and defeat.  And they dash endlessly, it seems, from one end of the spectrum of life to the other. They vary in nature and constantly change their intensity, rising to a crest and falling away again like the waves of the ocean. Our lives will always be molded by their surges and their temporary absences.

Emotions empower our urges and motivations

The strongest urges and motivations in our nature derive their potency from emotion. Our temperament’s drives, with which we are born and which fashion our lives like nothing else, are not without emotional energy. Neither are our plainest thoughts. When I say of the sunset that it is red or crimson, my simple use of a noun harbors a feeling, an emotion.

Emotions work as a team, giving birth to other emotions, educating and empowering each other. Like can be transformed into love.  And love can mate with passion to form another expression of love, while envy and jealousy wait in the wings of love’s theater to change the feelings yet again. Their inter-relatedness is too complex to document or, at times, predict.  Yet emotions come and go with a predictability that belies their complications.

Little Shane was needled by his playmates because he was so nice to everyone. Strange how being nice attracts the vultures. He was a very sensitive, introverted NF. His mother said the transformation, on retrospect, was fast. First, he got angry and lashed out verbally against his foes, quickly becoming the opposite of who he really was. His emotions soon morphed into a team of ugly actions driven by feelings too strong for his tender age of seven years to control. Hate and a poisonous revenge took over. He spat, kicked, and fought with an emotionally powered ferocity that frightened his peers and resulted in his violently beating one of his critics. Consequences followed, and so did a self-hatred that quickly changed his emotions yet again.

Depressed and de-motivated, he became persuaded in his bewilderment to be who he was: a loving, tender boy who felt good when he accessed those intelligent emotions that his anger had persuaded him to discard. Again, his emotions changed. Change is one of their properties.  And with each change, they attracted other emotions of like sort. Shane, via his emotions, had emerged as three persons: angry, sad, and happy. Such is the transcience of human life that emotions mysteriously produce. Yes, they are complex.  But without them we would not recognize life.

When seeking to help a child grow to emotional intelligence, the task may seem overwhelming. However, as profound as emotions are, they often yield to simple measures and reward with unexpected pleasures. Develop the strengths of temperament that they fuel and most of the goals of emotional intelligence will be achieved

Emotions empower the “good life” and the “bad life”

The history of emotions is the history of sex, love, fear, hate, courage, and an unnamed myriad of other feelings. Each emotion can and has stamped its potent effects on our lives and that of our race. As we ponder the mystery of emotions, let’s remember that they give us the “good life” and the “bad life,” but not without the freedom to choose. They have handles (although ethereal and slippery ones) to grasp and a logic of cause and effect to follow. Learning these relationships is what my book Intelligently Emotional will help you master. 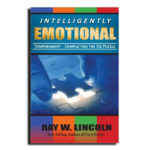 My hope is that this book will lead you, as its content has led many others, to be intelligently emotional. If it helps you to develop the intelligent use of your emotions and a rewarding lifestyle, my labor will not have been in vain.  You can access it HERE.  If you are subscribed to our weekly updates, our next issue will provide a link to purchase it with a 15% discount and free shipping. 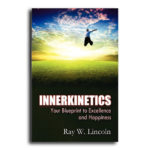 Our team at InnerKinetics is ready to provide that help, too.  If you’d like some assistance, you can request a consultation.  An InnerKinetics consultant will call you to answer questions and schedule your meeting. Schedule an Initial Consultation. If you are more independent and want to cut to the chase, you need not wait for a call back because you can get answers to your questions and schedule your session HERE.