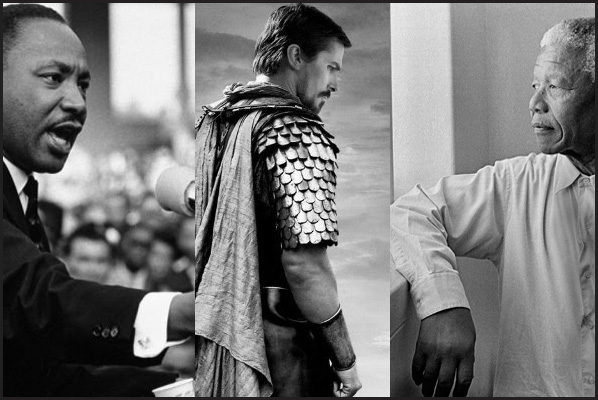 What do Mandela, MLK Jr. and Moses have in common? A bend toward non-conformity?  A safe “yes.” A relentless drive to see a major wrong in society put right?  Most definitely. What about uncommon courage to steward their dream of a “promised land” over decades of time . . .  without ever having experienced it? It seems these men all took on “Hard Things Worth Doing” (#HTWD). Most of all, they were game changers. And they changed the game using gifts many possess but don’t know how to use.

The Ripple Effect of Game Changers

In recent posts, we’ve discussed Hard Things Worth Doing and the ripple effects that can occur in the world around when we implement them:

Doesn’t this sound like the ultimate outcome from the lives of these three men?

However, Mandela spent 27 years in prison in peaceful protest to South African apartheid before his dream began to manifest. Martin Luther King Jr. died from an assassin’s bullet just 4 years after his vision of a better future began to take hold. Moses wandered through the desert for 40 years with his nation of former slaves and never got to cross over to the promised land with everyone else. Yet, each of these men chose an unwavering path toward a clearly better world.

So, what exactly would it take to summon the kind of grit and determination these game changers demonstrated?

These game changers were motivated by their vision and energized by the use of their inner strengths. Their lives resulted in a paradigm-shifting movement.  This affected people spiritually, emotionally and physically.

Mandela used his inner strength as a humanitarian to create the resolve he needed. More than two decades of jail time did not rob him of his dream.

Martin Luther King Jr. used his passion and his insatiable pursuit of harmony to leave a legacy from which every man and woman can learn.

Moses was steady. He wasn’t easily shaken. No amount of disappointment or desert time moved him away from the goal of freedom for his people.

What If You Don’t Want to Change the Game?

Not everyone has the desire to be a game changer. That is also a good thing. What’s driving you from the inside out is going to be quite different from what drives many others in your life. It’s time to understand more about these differences.

If we want unity, we can’t strive for uniformity. Only in becoming who each of us was created to be will we create the diverse, healthy, functional communities we say we want.

Discover the inner strengths you were meant to master. Whether you’re trying to change the game, rip up the playbook, or keep the right players in motion, it’s your inner strengths that keep you IN the game.