Innerkinetics.com > Blog > Featured > Do You Have Intuition? 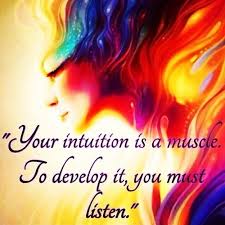 “Intuition Peak” lies in the South Shetland Islands off the northeast coast of Scotland.  It is named for the role the study of intuition has played in the advancement of human knowledge. Intuition, which includes but is not limited to extra-sensory perception (ESP) and  “second sight,” has left its mark on human lives in a very dramatic way.

Intuition Affects Our Lives in These Ways, to Name a Few

Is It Merely a Physical Oddity in Brain Function?

Are the “likely” explanations of neuroscience about the parts of the brain that “might” play a part in intuition indications that it is merely a physical oddity in the function of the brain?

Notice the tentative language — “likely,” “might” —  used in “scientific” articles about intuition and you can correctly conclude that we are limited in our knowledge of intuition.  We see only the tip of the iceberg.  The remainder is buried in the mysterious depths of human complexity. “We are fearfully and wonderfully made,” wrote the sage of old.  And even in this scientific age that prides itself in its discoveries, we still stand in awe of how we are made.

Judith Orloff’s book on “second sight” is a great source for learning more about that aspect of intuition. An intuitive herself, she is also a  psychiatrist and in her book, she explores intuition’s role in maintaining physical health and emotional well-being, using examples from her own and her patients’ lives. 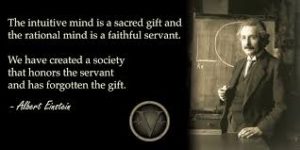 I’ll pose one situation for you to ponder in your search for understanding of this temperament strength.  A mother came to me with this story:

My five-year-old son was sitting on the floor, playing with his toys in the family room in the back of the house.  There was no way he could hear or see anyone approaching our house.  Suddenly, he announced to me that there was someone at the front door.  I thought how odd that was for a moment.  Then I got up to go to the door when my son then said, “He’s gone now.”  Again, rather astonished, I hurried to the front door to see a man disappearing around the corner.  I quickly returned to my son and asked him how he knew that.  He said he did not know.

This is an example of strong intuition in a child.  Those who have strong intuition detect through that “sixth sense” what is really going on around them and inside of others.  The intuitive child knows when his mother is upset.  It is wiser for her not to deny it.  The child may sense it even before the parent realizes his or her own anxiety.

Intuitives are likely to have paranormal experiences and premonitions. People who do not have highly developed intuitions are likely to describe intuitive individuals as “nuts.”  Let me point out that if you have never walked on burning coals, you are likely to brand those who do as “nuts” as well.  But you’ve seen videos, no doubt, of that kind of activity.  I know I would have difficulty convincing myself to walk on hot coals.  Sensors are unlikely — unless they have come to an understanding of intuition — to accept how the little boy knew there was someone at the door.  Skeptics of the story above would be sure there is some “reasonable” explanation for the child’s “knowledge.”

Do All Temperaments Have Intuition?

Can all temperaments intuit? Yes, but not with the same frequency or intensity, nor with an intuition that is driven by the same strengths of temperament. Intuition is puzzling and complex — often, even to those who possess it — and it arises for purposes (sometimes unknown) in places unexpected, and with a will and design all its own.

The temperaments whose letters include an “N,” rely heavily on their intuition, whereas the “Ss” are less likely to do so.  NTs intuit within their arena of logic, analysis, and reason.  The NFs, however, intuit outside that arena as well as within it.

(If you want further understanding of intuition, you might want to attend my “Temperament and Intuition Seminar.” We delve into the subject more deeply and discover some very interesting and helpful information about this fascinating strength.)

NF intuitives sense the spirit world — both good spirits and bad spirits.  Hence, it is important for us to understand intuition and know how to maintain it as a strength rather than creating a weakness by overusing it, failing to use it or — worse yet —  misusing it.

Want to learn more about intuition?

Are you intuitive?  Or are you a sensor who must relate to someone who is intuitive?  Either way, there is wisdom in understanding this strength of temperament.  You can learn more about those who have an “N” in their profiles in my book INNERKINETICS, Your Blueprint for Excellence and Happiness.