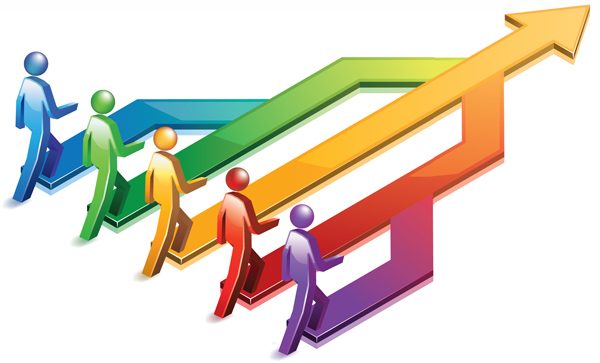 A business is a team venture even if there are only two people on the team.  The synergy of the team, or lack of it, will affect the company’s bottom line because a team needs to be in sync and operating with passion at its maximum or the quality/quantity of production is inevitably reduced.

To perform at its best, teams must bond. Lack of bonding also hampers production.

There Are Different Degrees of Synergy in Relationships

We can’t expect the synergy of a beautiful loving relationship, but…

We must expect the synergy found in a successful sports team. However, if all a sports team had was what the Greeks defined as synergy, they would be a losing team. What synergy will achieve in both the sports team and in a company’s teams is the sum of the whole being greater than the individual parts: 1+1=3, so to speak.

Just as sports team synergy impacts peak performance, it does so in business, too.

Does every member have to like the other team members? No, but they have to learn to respect what each brings to the team and cooperate at the highest level.

There is something about everyone that can be respected. And respect begins with understanding. We seldom respect what we don’t understand. In fact, we tend to demonize it.

Some work teams want to bypass the harder work of understanding each other, and they do so to a reduction in potential effectiveness. We must pay due attention to how humans operate, and that is usually not according to what is asked of them or expected of them, let alone what is required for peak performance with the passion a company would like to see.

• Harmony of purpose and effort.

• Team spirit, which is hard to define but easy to recognize.

• Common knowledge and acceptance of the company’s/team’s goals and objectives together with clear, shared expectations regarding the outcomes and time frames of these goals. This is the important alignment of the individual with the overall goals.

• Passion about the goals and objectives of the company.

• A mix of different temperaments on the team, be it a board or a working divisional team. Teams are less effective when they are made up of just one or two temperaments. Homogenous teams have blind spots and make one-dimensional decisions that are hard to implement by a company that addresses a world in which all temperaments use the product or service.

To learn more about how to create synergy in your team, give us a call.  We are the experts in the application of temperament knowledge and understanding, which when implemented with your team will create the synergy you need to reach your company’s goals.